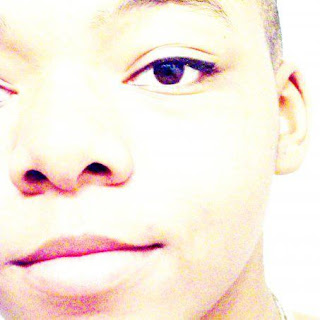 First things first, Lola is not her real name. When she came down to Nashville with nothing in hand but a bus ticket and a guitar missing three strings, with no plan except couch-surfing and playing open mic nights, she would introduce herself simply as "Lola." You would find this out because after her set you would inevitably go up to meet her for yourself. You would do this because she had an act that was so good it scared people. You won't hear another voice like this one. You won't hear song structures or opaquely personal lyrics quite like these. And you definitely won't hear another recording like the one I've linked below. Called I'm a cat, it is, frankly, one of the best indie music offerings I can name. If I had a rating system on Ear to the Rail, which I don't, this EP would be one of those rare tens.

The thing that makes an "artist," more than anything else, is a completely unaffected way way of seeing things just a little differently than the rest of us. Almost anytime someone causes us to look awry at the world, to cock our ear toward the speaker and say "I've never heard that before," we tend to like it. Oftentimes art seems to be a congenital condition, after all, it's hard to fake being stuck with a way of seeing everything from a tilted perspective. It's nice, though, when people sound this good doing it. This music is the chipped teacup, the unexpected face in the dark, the mustache on the Mona Lisa.

Lola's music is not always immediately approachable. It can be difficult to orient yourself with what you are hearing. And even once you've found your place, she keeps you perpetually off-center, shifting when you least expect it from a murderous cacophony of voices (all hers) to the occasionally breathtaking merger of sweet, almost innocent, harmony. Although her music is tonally challenging and at times rhythmically complex, it is not intellectualized. From the first chords of the opening track, "I am positivity," you will recognize this as pure heart music.

I'm resistant to the idea of making comparisons, but you might hear some of Bjork's Medulla in this particular recording--though I'm a cat allows more room for grit, even humor. Like Medulla, it's all acapella. (It is also a collaboration which occasionally features a handful of Nashville musicians called in to lend their parts.) Still, for my money, I'd pick this album over Medulla. I'd pick it over half my record collection if you want the truth.

She is still making new stuff. She's performed under various monikers, from "I am Pazuzu," to "A Parade." For her latest, check out "Cher Von."