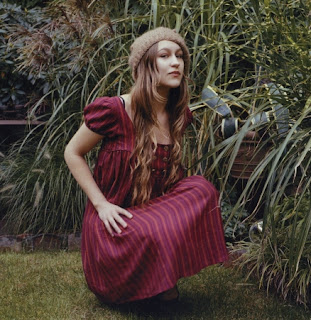 Joanna Newsom has a very specific element to her sound which I like; and while not everything she's produced quite resonates with me, the stuff of hers that's good is profoundly good.  So while there's just one album that in my humble opinion really hits the mark, I also think it should be required listening for anyone with a heart.  Ys (pronounced "eesh") is her second record, and actually features arrangements from Van Dyke Parks, a legend in his own right, who famously collaborated with Brian Wilson in writing the words to Smile.  His contribution to Ys is a huge part of the appeal, in fact, I can't imagine myself initially digging as deeply into this album without his presence.  He plays the orchestra with a felicity that you don't often hear in run-of-the-mill movie score type orchestration.  Not only are his arrangements tense and otherworldly, but he also meets the challenge of writing for songs which go on for thirteen minutes plus, somehow keeping things not only interesting, but "can't-look-away good."  While Parks is undoubtedly a necessary component, he isn't the reason for the occasion.

Joanna is a poet, plain and simple, worth reading along to as you listen to the music.  Although not all of it can be grasped, even after repeated listening, the words are uplifting, like you're being taken through her own self-made images and allegories to a place that is both universal and, you get the sense, intensely personal for Newsom.  She's one of those musicians who has the courage to follow her own voice; the end result in this case has been a spectacularly original work.  Below is the first track from Ys with an extra link to the lyrics.  If you're the type that likes to know something going in--I sometimes find that helpful myself--I'll go ahead and tell you that I've read that the song is about her sister who is an astrophysicist.  My only advice for a first time listener it this: give it time to grow on you, you'll be glad you did.